A new art show has started at the East Atlanta Library and can be seen every day the library is open, including June 10 from 12:00-4:00 p.m. during the Friends of the East Atlanta Book Sale. The Friends are proud to present artist Jeff Beekman who is currently based in Tallahassee, Florida, and has brought works from his Battlefield Series to the library’s Gallery Wall. The display will remain through the month of July and through July 22, the anniversary of our own Battle of Atlanta. Jeff, a professor at Florida State University, is a multidisciplinary artist whose work since early-2000 has explored the interrelationships between land, memory and human activity. Over the past few years, this has taken the form of photographic works, exploring the highly-negotiated spaces of U.S. Civil War battlefield sites. Particular concern is paid to how these sites have evolved from the scarred and blood soaked fields where often tens of thousands fell and died, to become tourist attractions, running trails, research sites, and re-enactor playgrounds they are today. Most recently, Beekman has been exploring the history of United States Colored Troop units in these locations, and how the efforts and sacrifices of these black soldiers are specifically memorialized.


The photography presented at the library was mostly shot on the battlefields at Gettysburg at night and then combined through projections with other historical images found in research by the artist. A free artist talk will be held at the Jimmy Carter Library on Thursday, July 20 at 7:00 p.m. where Mr. Beekman will present a slide talk about the battlefield series as well as some of his more recent works. An artist reception will be held on Saturday, July 22 from 3:30-5:30 p.m. at the East Atlanta Library. The BATL organization has a long history of partnering with the Friends of East Atlanta Library and these programs have been scheduled in conjunction with this year’s commemoration of the battle. There will be a tour as well as the wreath laying ceremonies at the two monuments. More information about the artist programs and other July activities can be found on the web at www.batlevent.org. 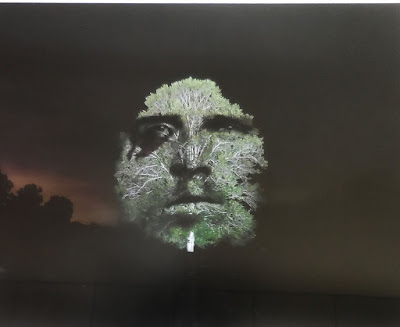