On Sunday, August 13, 2017 at 2:00 p.m., the Atlanta-Fulton Public Library System will host the Hip-Hop Architecture Camp™ Celebration and Community Discussion at the Auburn Avenue Research Library on African-American Culture and History (AARL). The group will celebrate the conclusion of the week-long camp, along with participants and their families, including the debut of the Hip Hop Architecture music track and video summarizing participant’s designs.

This summer, 10-17 year old youth from across Atlanta were given the opportunity to attend a free week-long camp, where Michael Ford, the “Hip Hop Architect” brought together local architects, hip hop artists and industry professionals to encourage and motivate participants in creating their ideal city.  The melding of architecture and hip hop music, a concept architect Michael Ford developed as a student at the University of Detroit, has helped the camp grow to a four city venture, this summer.  Camps in Atlanta, Austin, Los Angeles and Detroit held week-long sessions where participants were taught basic architectural skills such as reading tape measures and scales, sketching and drawing techniques, and 3-D and physical model-making. At the end of the week, student participated in the making of a music video as part of the class project.  The music video is debuted in grand style with family and friends, at a celebration event following the camp’s conclusion.

An exhibition of the physical design models created by the participants will also be on display in AARL’s 2nd floor gallery space beginning August 13, 2017.  The celebration will be immediately followed by a panel discussion on encouraging children of color toward careers in Architecture through Hip-Hop, which will feature Ford along with local architects, urban planners, designers, community activists and hip hop artists.

Michael Ford is a designer, born and raised in Detroit. Ford received his Masters of Architecture degree from the University of Detroit, Mercy (UDM), where he completed his graduate thesis titled “Hip Hop Inspired Architecture and Design.” He has worked as a designer at Hamilton Anderson Associates located in Detroit, Michigan and as an adjunct professor at his Alma Mater. Ford has also worked as a designer at Flad Architects located in Madison, Wisconsin.

The Atlanta-Fulton Public Library System was honored to partner with Ford for the first Atlanta Hip-Hop Architecture Camp by introducing camp participants to the Library, providing library cards for those that didn’t have one or needed new cards, giving campers a “Fresh Start” by clearing existing library card fines to encourage card and library usage, signing participants up for the library’s Summer Reading Program, to promote continued reading through the summer months.

More information about the camp and how to register for future sessions is available at http://hiphoparchitecture.com/. 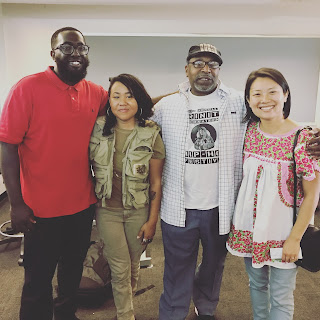 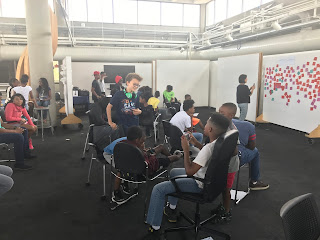 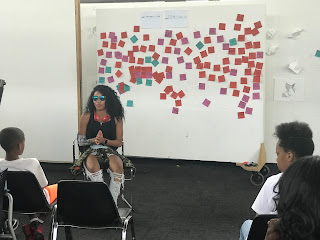 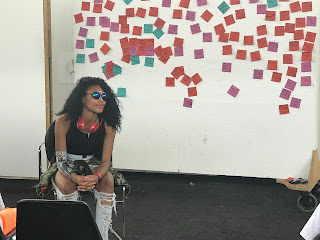 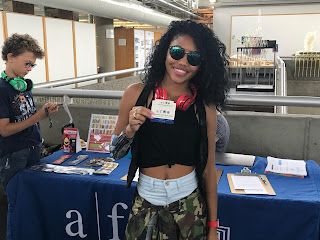 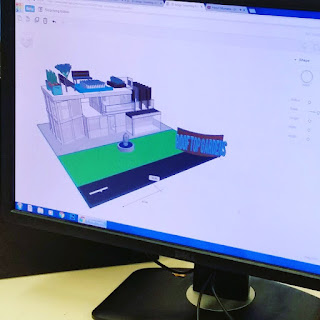