The Atlanta-FultonPublic Library System is preparing to open the next three new libraries as part of Phase I of the Library Building Program this summer.

The new 25,000-square-foot Northwest Library at Scotts Crossing will open on Thursday, July 9 at 11:00 a.m. The library is located at 2489 Perry Boulevard, Atlanta 30318. The Perry Homes and Bowen/Bankhead Libraries permanently closed on May 15, 2015 to prepare for the grand opening of this new library. 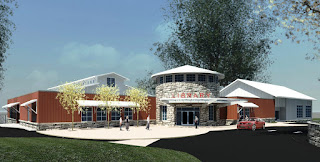 The new 25,000-square-foot Milton Library will open on Thursday, July 16 at 11:00 a.m. Located at 855Mayfield Road, Milton 30009, this branch is providing service to an area of the county that was previously unserved by a library. 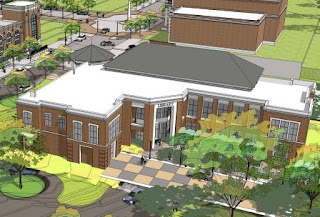 These openings are part of Phase I of the Atlanta-Fulton Public Library System’s Library BuildingProgram, including construction of 8 new branch libraries and 2 expansion projects. In addition to the Alpharetta, Milton and Northwest libraries opening in July, three libraries have already opened: East Roswell (February 2015), Palmetto (December 2014), and Wolf Creek (September 2014). Two additional new libraries, the Southeast Atlanta and Metropolitan branches, will open later this year. Both the Auburn Avenue Research Library and the South Fulton Library are currently closed and under construction as the two expansion projects.

Green building design and sustainability are priorities for all Phase I library projects, and the Library System expects to achieve LEED Silver on each project. Each library will reflect the culture and interests of its community.

This is a very exciting time for our library system! Thank you to all of our patrons for your continued support of the Atlanta-Fulton Public Library System. We hope you all have a chance to visit your beautiful new libraries very soon!