The value of volunteering topped $1.5 million last year at the Atlanta-Fulton Public Library System, with 2,008 volunteers donating 67,645 hours of time in 2013 valued at $1,525,407.15 in donated services. This is the sixth year library volunteer services have topped one million dollars!

Some highlights of the volunteer year include:
Congratulations to all of those who reached milestones in volunteering in 2013, and a great big THANK YOU to all of our wonderful volunteers throughout the library system! We would not be able to do all of the things we do without your time and dedication. You are much appreciated! 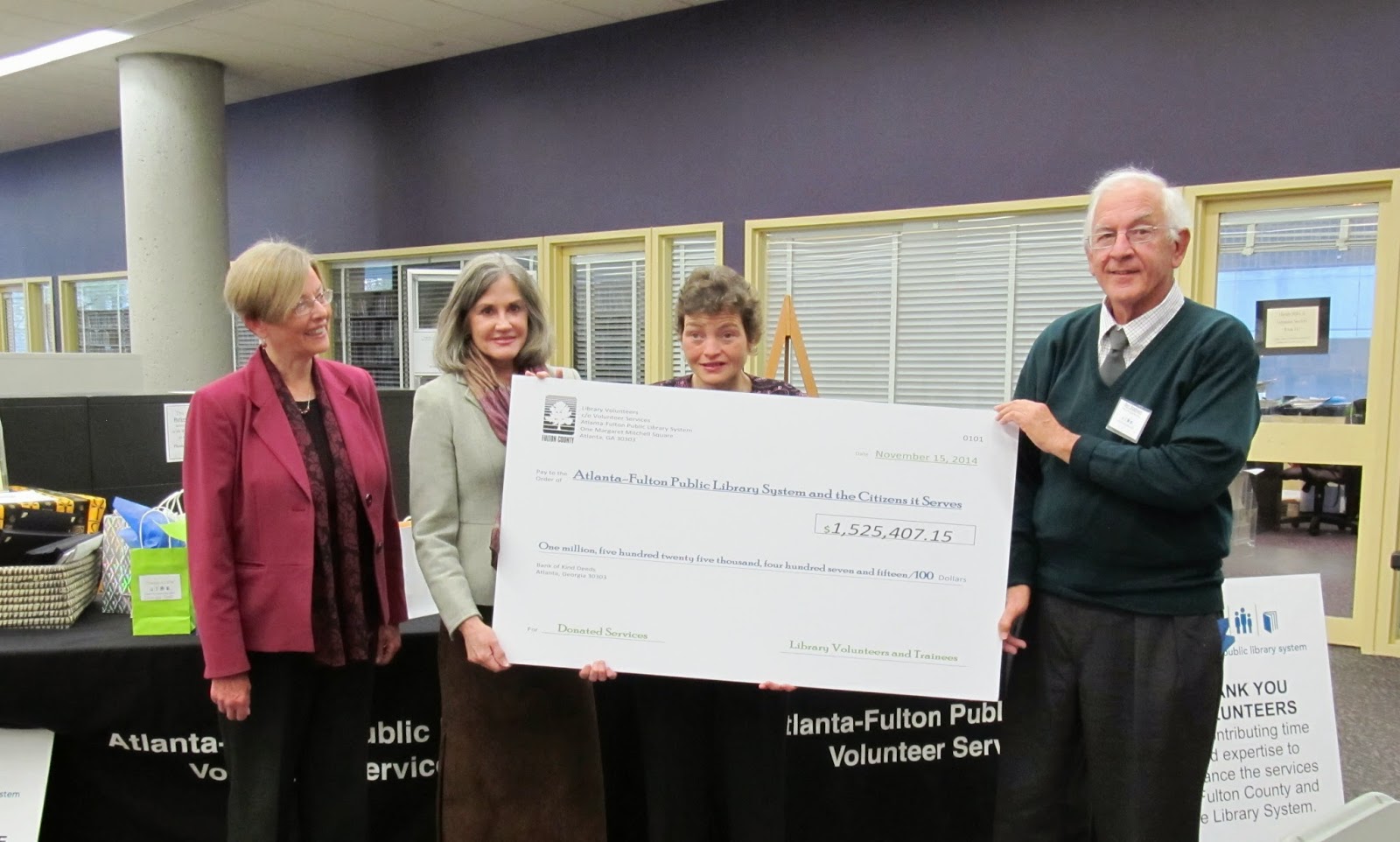 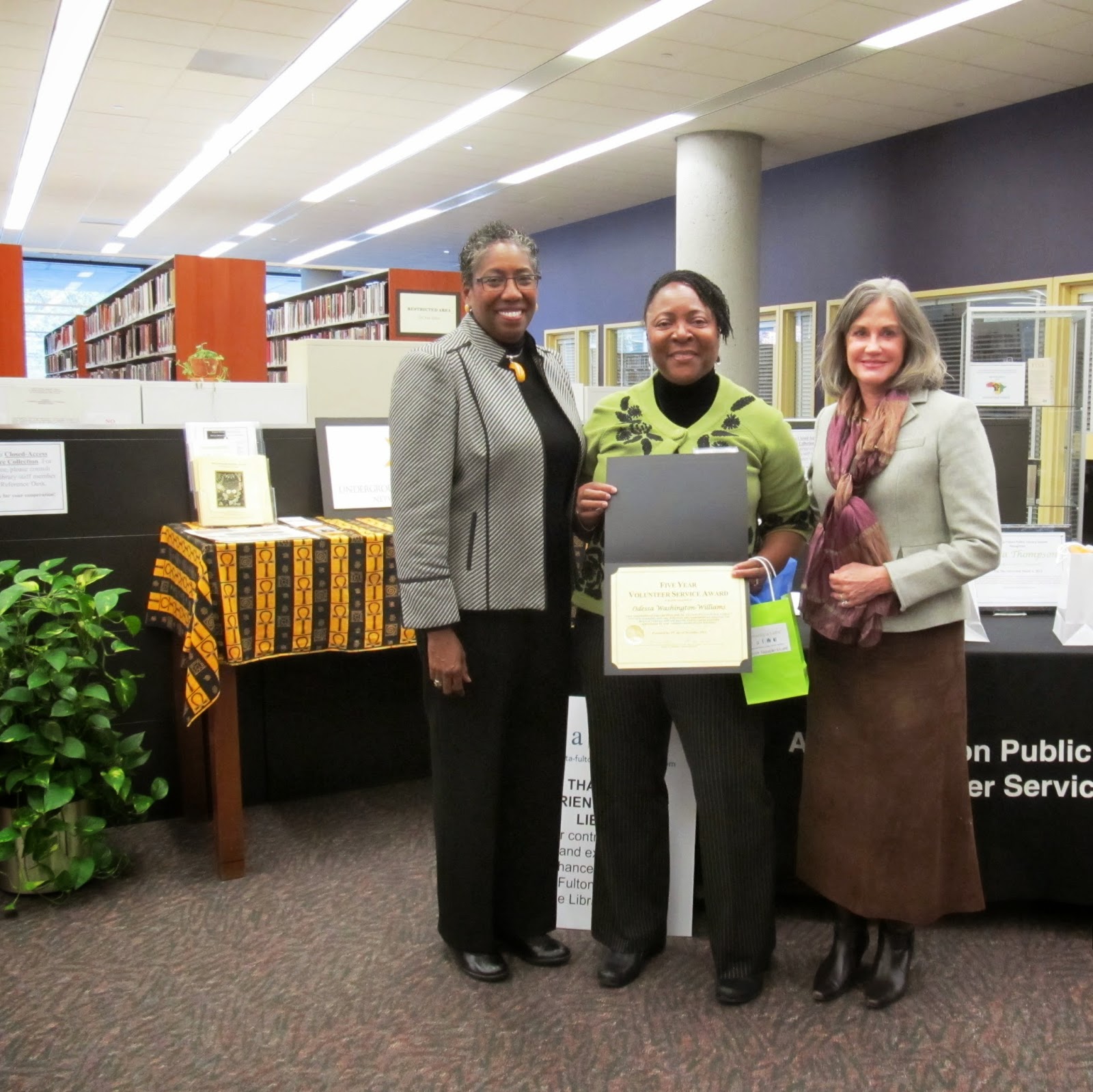 Odessa Washington-Williams (middle), Friends of the South Fulton Library, celebrating her 5 year anniversary with (L to R) Fulton County Commissioner Joan Garner, District 6, and Chair of the Library Board of Trustees, Stephanie Moody.