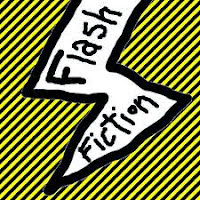 Congratulations to Brianna Herrington, age 14, from Woodward Academy for winning the Teen Center's Flash Fiction Contest at the Central Library! As part of the annual event, Teen Read Week, the Teen Technology and Homework Center located in the Central Library hosted a writing contest with a Flash Fiction Challange! Flash Fiction is fiction that is extremely brief, typically only a few hundred words or fewer in its entirety.Teens had to write an original story, 800 words or less, using the word ‘Library’ as the inspiration. Thank you to all who participated and we hope you enjoy Brianna's story below!

The three girls knelt  and clasped hands. They’d had lives plagued by sadness.  They’d been too different:; too weird.  Still, their loving parents, wanting the best for them  forced them to come to the transfer program at Woodland Academy. Where “unique ability is cultivated into exceptional skill”. True, they had grown here but today they were living a nightmare as  a fellow student burst into the library with a loaded gun.

See each girl had at one time been a prodigy of some sort, now as they kneeled clustered together in a row of the amphitheater, they feared the worst. The end of all they had worked for. Each girl had her own demons, her own struggle, her own internal battle and yet they felt alone even as they clasped hands and cried out in fear to their different G-ds.  As their lives were flashing before their eyes, they each had one thing in common. The tallest girl, dark-skinned with an afro and wide brown eyes prayed softly to the Virgin Guadalupe. She was Hispanic and all through her life she’d been taunted for it.

‘How could a dark girl be Hispanic, she’s obviously a liar?’

‘What made her think she was better then everyone else, why couldn’t she just be protestant ?’

But despite the taunting, the cruelty and her hardships Analise managed to become a piano prodigy. When her fingers flew across the keys she conveyed words yet to be created. Her feelings flowed through her music and into the minds and souls of her audience and everyone that listened to Analise left her performances a changed person.

‘But what made her think she was so special?!’

As yet another shot went off around them, and the girls grasped each others hands more tightly, Piruva as tears rolled down her cheeks cried out to Shiva, Vishnu and Brahma. The Trimurti; the top three gods of her religion; Hinduism. Vocal prodigy, all Piruva had ever wished for was not wealth nor fame but enough quiet so that one day her tiny voice could be heard above the noise. When she’d been moved to her fourth foster home, the obese white girl was forced to raise her voice over her meek spirit. And when she did she brought people to tears with the beauty and sheer power of her voice. Despite the fact that her beliefs and her face did not fit together. She managed to believe in others more than she thought she would ever believe in herself.

‘Who was she to consider herself pretty?’

‘She would never be enough.’

The last but not least and tiniest of the girls, Mira said nothing, the girls let go of each others hands and with one hand she wrote ‘I believe’ over and over again in a notepad that lay open on the floor. She was mute and autistic. The girl did little in school but was required to go. Her mother a short Japanese woman who couldn’t speak much English mumbled her daughter into the local public school; where she thrived. Mira, was talented in so many aspects it was obvious she had been blessed. At the age of two she could write paragraphs with the  vocabulary  resembling a high school students, when she was ten she wrote a novel as intriguing and enticing as Harry Potter. But the power of the pen was just the beginning. It was when Mira first picked up a paint brush that the world stilled. At the humble age of twelve Mira was using colors in ways indescribable.  She did self portraits and mirror images of  landscapes. Her artwork was featured in many museums in hallways where people looked at her work then at Van Gogh's. Mira was an art prodigy and at thirteen that was more then clear.

‘But why couldn’t the funny-eyed Japanese girl talk.’

Because she could paint. Analise could make music and Piruva could sing notes that flew high above mountains and lifted the saddest of spirits, just not her own. But as each girl finally dropped hands they wrote one sentence. One thing they each had in common.

As the student walked up to the girls they unashamedly cowered in the confines of the library where they’d first read about, expressed and discovered their talents. One last time Analise wrote, “Creo.” Piruva wrote, “ मेरा मानना ​​है कि.”(I believe) And  as the gunman walked up to Mira, for the first time she spoke. “I forgive you.” she said.